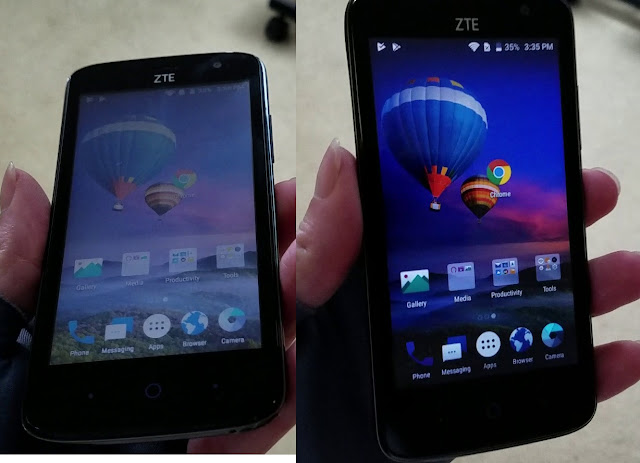 This phone is super budget and they cut the one corner I cannot accept: it uses a TN display instead of IPS. That means the viewing angles are crap, and just the slightest wiggle of your hand results in significant color shifts and contrast reduction. Yuk. The resolution is actually high enough given the size, but with such ugly colors you won't care. And since it uses hardware navigation buttons you get to use the whole 4.5" for content. So that's something.

If not for the LCD it would be a decent ultra budget phone for $30. Although it only has a quad core 1.1ghz cpu (snapdragon 210), it does have 2GB of RAM. Thus it's certainly slow, but it is usable. The geekbench score is 403 single, 1058 multi. That's almost a perfect match for the much older Snapdragon 400, a 1.4ghz 4-core chip. So at least it's more efficient at being slow!

Youtube performance was fine if you can get beyond the crappy screen. The loudspeaker was loud (almost painful), and perhaps a hint of base at max volume, but also noticeably harsh. There was no problem with dropped frames.

Website performance was fine - slashdot took forever to load but once loaded was actually reasonably smooth and loading a single smaller article view was in comparison snappy. In comparison to itself, that is. Any mid-level phone would do better and don't even think about comparing it to a flagship.

The camera is crap, as you would expect. Even in good lighting it's dark. I'm not going to bother with an example photo.

The phone has a removable plastic back made of a pleasantly textured and grippy rubber. In this one way it's actually far superior to ALL flagship phones. It's a bit reminiscent of the Motorola G3 back cover. Under the cover you can access the sim card and the MicroSD card. The battery is not removable which is disappointing in theory but in practice you'll not want to keep this long enough that it will ever mater.