Samsung Galaxy J7 Sky Pro: a nice mid-range phone but no flagship like the S7

The Samsung J7 Sky Pro is a mid-range option from tracfone; I purchased a refurb unit from them and it only cost $60, which is a pretty good deal. The refurb quality was excellent: I couldn't tell it from a brand new phone except that it shipped in a white box. No scratches, or marks, and it appears to come with a brand new battery.

With a name like "J7" it seems particularly appropriate to compare this to another Samsung phone: the S7, which just happens to be my primary phone. I'll also compare to an LG stylo, another "phablet" that's closer in price to the J7.

Body. At  152x76.2x7.6mm the phone is large but not painful by any means. One handed use is possible, but doesn't exactly make my thumb happy. I prefer the S7 in that regard, which is only 70mm wide. The J7 has .4" larger LCD, so that extra width (and height) is necessary. The J7 is noticeably smaller than the Stylo 3 (155x80x7.4mm), even though the LCD is only 0.2" smaller, so they did a pretty good job of fitting a large LCD into a small package. Furthermore, the J7 has a hardware home button and back buttons, so the USABLE LCD is actually slightly larger on the J7 than the Stylo. Well played, Samsung. The J7 has a removable back cover, and behind that is a removable battery. It's not clear how much deeper you could go as there are no screws revealed, but I suspect the phone is nonetheless more repairable for it. The back of the phone also has a lightly grippy rubber finish that feels good in my hand, kind of like the old Moto X2 "soft touch" model. I don't want to oversell this: there are definitely more grippy cases out there, but out of the box the J7 is nicer to hold than most glass-covered or metal flagships (such as my S7). Phones are getting more and more alike with every day, so it's nice to see something different, and the J7 is just slightly different, IMHO for the better. A-.

LCD/display. The IPS LCD is bright and has great viewing angles, and the color looks good. It only runs at 720x1280 but text was plenty sharp and clear. Compared to the OLED S7 the blacks weren't as dark, but for an LCD it actually had great contrast. There's no ambient light sensor, so you'll have to manually adjust how bright the screen is. Kind of amazing they left that out.

I tried to compare how much more you could see on a 5.5" LCD than on my S7's 5.1", and found it difficult. It seems that the phones have rather different ideas of how larger text should be scale in chrome and elsewhere. While both the J7 and S7 feature settings sliders to scale interface elements up or down, setting the J7 to the minimum didn't result in the same text density that I've grown to prefer on my S7. Thus you see less text on the J7's larger screen! I'm starting to wonder if this is a tracfone thing, since several of their phones seem to err on the side of oversized text/UI. Nonetheless the difference isn't a big deal.  B. 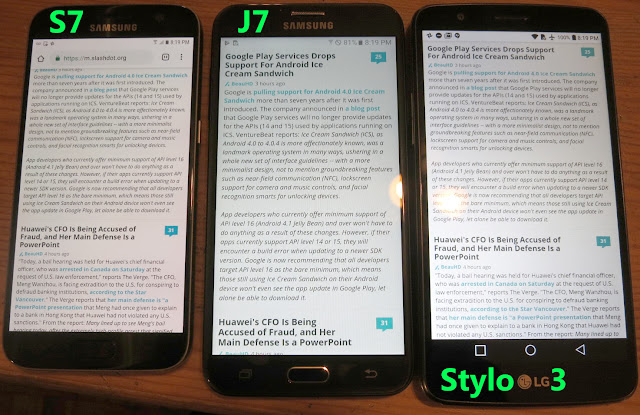 Performance. With a Snapdragon 625 and 2GB of RAM I had decent hopes for this. And indeed, it was good enough. Chroming around the web was perfectly pleasant. Scrolling felt smooth and page time loading was fine, even though I'm accustomed to the S7, which according to benchmarks should be amazingly more snappy. Speaking of benchmarks: Geekbench single core 648, Multi 1696. My S7 turns in 1720/3900, but certainly doesn't feel 3x faster. No doubt I would always choose the S7 but the J7 is fast enough.  This was my first time with the 625, and I was expecting it to be faster than the equivalent 400 series CPU, but benchmarks didn't agree. My Stylo 3 has a 425 and it gets 649/1815. B.

Multimedia: Youtube video was stutter free. The only speaker fires out the right side of the phone which is very odd. And unbalanced. Not that the standard bottom firing speaker of the S7 is really any less "balanced", except that we have all become used to "bottom heavy" sound, not sound biased to the left or right of the screen. Actually, hold on - flip your phone into landscape mode and your "bottom" firing speaker is now a right side speaker. So I think it comes down to taste, and nothing more. The speaker is (very) loud and clear and even has a hint of bass. And the 3.5mm headphone jack provides a much preferable alternative to dongle-land a la Steve. A.

OS/software. It runs Android 6.0 and has most of the same Samsung tweeks that my S7 does, despite my S7 running 7.1. I felt at home and didn't miss anything from the newer OS releases. All the settings and apps I was used to on my S7 were there. So if you like the Samsung Way, this phone delivers. 6.0 might seem like an old OS but nothing really important has changed in a long time in Android and indeed some of the changes in 8.0 are back-steps if you are a power user. So I'm 100% ok with the software as provided. Some bloatware was also installed but nothing major, and "OK Google" support was also good. B.

Camera. Without a doubt the biggest sacrifice on budget phones these days is the camera. If you've ever looked inside a phone you'd see the camera hardware is tiny and just plugs into the motherboard, suggesting that user swappable cameras would be possible in an alternate reality. I'd certainly pay for another S7 camera to install in my Stylo 3, for instance. Esp. since they should be dirt cheap on the used market given the age of the S7.

The J7, being a more mid-line model, does better than the cheapo budget phone. Let's compare it to the Stylo 3 and S7. In this high contrast Xmass shot the J7 and Stylo are nearly tied, and the S7 looks fantastic as always. Note: photos are cropped to show more of the fine detail you would see when zooming about 2x into your photos.


What about lower light photography? Here the J7 does seem to pull ahead of the Stylo 3, providing  higher contrast and more natural colors, but not really more detail. 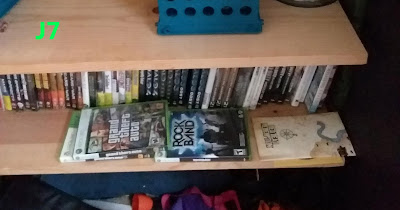 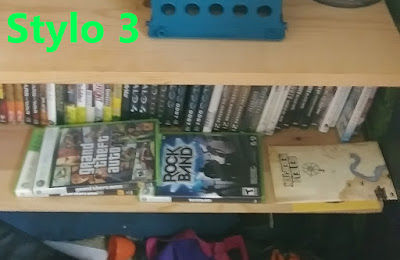 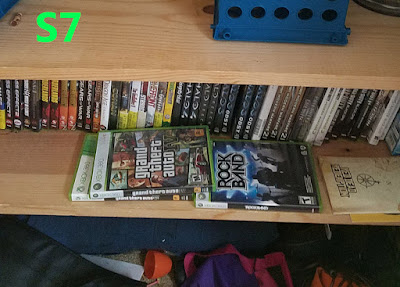 But excuse me for a second while I fall in love with my S7 all over again. I mean there's no comparison. Detail, color, contrast. All so much superior.

Given how little improvement the J7 is over the Stylo I'm just going to show two last sets of S7 vs J7 shots. J7 on the left, S7 on the right. But if you forget, just assume that whichever photo looks best must be the S7.

Actually... With lots of light the J7 does just fine on this comparison. Extreme dark and light detail are lost, but the overall photo looks good. 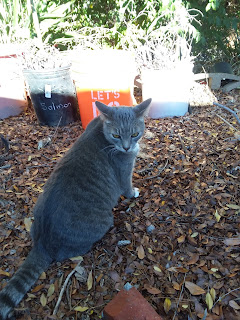 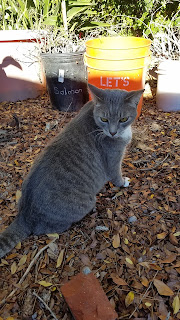 The cat looks pretty good in either photo, so I guess the J7 is Cat Certified and good to go! But what about those barrels in the back? That home depot orange really shines thru in the S7, whereas the J7 completely overexposes it. I mean, both cameras took a good photo of what you really care about here. Unless maybe you work in construction...

I liked this phone, but not so much the camera. As a budget model it delivers as well as any other phone in the $100 price range, but with a bigger (effective) LCD than average. As long as you ignore the camera this phone will certainly do the job for most folks but it's a long way from being flagship class, even when compared to the flagships of 2016 (the Samsung Galaxy S7).
No comments: